A handful of studies looking at the effects of probiotics may be taken out of context. One study on Align probiotic (a Bifidobacterium infantis strain) showed that a few healthy people who took it for several weeks tested positive for methane on a SIBO lactulose breath test. No significant change in symptoms was noted, most likely indicating only that the probiotics had built up transiently in their digestive systems. The vast majority of evidence indicates that probiotics crowd out harmful bacteria without colonizing your gut. They are worth seriously considering to fight SIBO, fungal overgrowth, and leaky gut, and lessen many digestive symptoms.

Do probiotics cause SIBO?

Why did this happen?

When taking a Lactulose Breath Test:

Looking for a good probiotic protocol?

If you’re having those symptoms, you’re likely considering a probiotic as a treatment for those symptoms. So you’d really like to know, could a probiotic—something you’re trying to use to help you—actually make you worse?

The answer to this question is really no. Probiotics do not cause small intestinal bacterial overgrowth. The vast, vast majority of the evidence supports that statement. But every once in a while, there’s a reference or a study that is a little bit confusing and needs to be looked at and contextualized.

I’ll put one study of such up here on the screen, entitled “Effect of Bifidobacterium infantis 35624 (Align) on the Lactulose Breath Test for Small Intestinal Bacterial Overgrowth.” Some have cited this study as showing that probiotics cause SIBO, and this is really incorrect thinking. Allow me to explain why that is, and help you understand the findings. In this study, 19 people were given the Align probiotic. After a number of weeks on the probiotic, they were given a lactulose SIBO breath test. It was found that three of those 19 patients had a positive methane reading or a positive breath test for SIBO. But here’s the important context, the “why” underlying this. The part we need to understand here is none of these patients saw a significant increase in their symptoms. A lab finding changed, but symptoms did not change. Very important.

The other is to understand the physiology of probiotics, which are: the majority do not colonize you. While these people are taking probiotics, they’re transiently working their way through the system. Either they die off or come out the other end. There’s this transient effect that the probiotic has and then it’s gone. While people take the probiotic, they have this transient buildup of probiotics in their system. This can cause a positive on a lactulose breath test.

Does that mean anything bad? In truth, no. The vast majority of the evidence shows that probiotics can help to fight small intestinal bacterial overgrowth. Those bacteria crowd out the other bacteria, fight fungal overgrowth, reduce leaky gut. Most importantly, perhaps, they reduce a litany of abdominal symptoms like gas, bloating, constipation, diarrhea. And there’s even other evidence that probiotics can help with things like skin and mood, just to name a couple.

Even though we see a positive breath test finding in a small number of patients (three of 19), that is most likely underlaid by the fact that these probiotics are transiently in the system, causing the positive breath test. Ostensibly it is also improving much of what’s going on in that person’s intestine. It’s very important not to look at the study and misrepresent what the study is showing, which some people are doing. That’s really a travesty to a patient because probiotics can be a very effective and very helpful treatment. They’re not going to help everyone, but they’re certainly a great place to start. 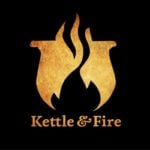 Hi everyone, let’s talk about probiotics and bone broth, both of which have helped make this podcast possible. Now you may know that Kettle & Fire is one of my favorite bone broths and this is for good reason. Now, why is bone broth good? Well, it can help to heal your gut, soothe inflammation and repair your joints, nourish your skin, hair, and nails and have this kind of anti-aging effect. This is in large part due to the nutrient profile being very nutrient dense of bone broth. Especially Kettle & Fire who are using non-GMO, organic and free-range ingredients. 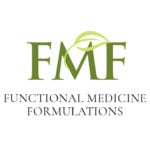 Also to Functional Medicine Formulations, which is the line of probiotics that I’ve developed. I am super excited to be able to offer you the same probiotics that I’ve been working on and developing for years and years. I use these in the clinic and they are now available to you. In this line you will find my favorite three probiotics, in each of the three probiotic categories, which work synergistically together to help fight dysbiosis like SIBO candida yeast, H. Pylori, help to eradicate parasites, help to reduce leaky gut and repair the gut barrier, can improve gas, bloating, diarrhea, constipation and abdominal pain and may even improve mood, skin, sleep and thyroid function. You can learn more about these three probiotics at drruscio.com/probiotics.

So a good probiotic protocol can do volumes for your gut health, for the symptoms of IBS, for general digestive symptoms, and for small intestinal bacterial overgrowth. I recommend three probiotics, both in my clinic and in the book, that give you a quality formula from each one of the three major categories of probiotic; lactobacillus-bifidobacterium blends, a Saccharomyces boulardii, and soil-based probiotic. By using these three together, you really provide a good broad stimulus of probiotic to your gut. I’ve seen that to be very effective, and there’s a good amount of evidence to support all three of these different probiotic formulations. To the question, does using a probiotic cause small intestinal bacterial overgrowth? No. Certainly, it’s something to try. A small number of people may have a negative reaction to a probiotic, and that’s okay. If so, just discontinue whatever probiotic you were using that caused that reaction. But for the majority of people, there is a benefit from probiotics. It’s certainly something to consider adding into your regimen if you have small intestinal bacterial overgrowth, IBS, or really any digestive condition… and perhaps any condition, because we’re finding the gut has such a far-reaching effect on many systems and parts of the body.

This is Dr. Ruscio, and hopefully, this helps you better understand the issue of probiotics and SIBO and get healthy and you get back to your life. Thanks.