In this interview on Mind Pump TV, Sal Di Stefano and I discuss how healing your gut can reduce brain fog. To learn more about the guys over at Mind Pump, visit their website or subscribe to their podcast.

Sal Di Stefano: What’s up, everybody? I’m here again with Dr. Michael Ruscio, author of Healthy Gut, Healthy You. Dr. Ruscio, I want to talk to you about the impact of your gut or your gut health and your ability to think, how sharp your mind is. People talk about how they eat, and it gives them brain fog. Or if they change their diet, they think more clearly. Let’s talk about that for a second. What kind of an impact does your gut health have on your mind?

What symptoms may you experience when the gut is not functioning well or you are sensitive to foods high in histamine?

How does histamine play a role?

Changing the diet is a good place to start with improving these symptoms: Dr. Michael Ruscio, DC: Well, we see some of the scientific literature starting to make this connection. And this is something I personally have suffered with. And it’s not pleasant. Having brain fog makes it hard to do anything.

And for those of you who aren’t familiar with brain fog, it’s a loose term that could encapsulate anything from fuzzy thinking, memory impairment, impaired word recall, slurred speech or semi-slurred speech. And it’s essentially mild cognitive impairment.

And we do know that there is a gut-to-brain connection. And there are a number of things that can cause a negative influence from the gut to the brain. One is the consumption of inflammatory foods. This may be why some people have noticed, “Boy! Whenever I eat X, I feel foggy and tired afterwards.” 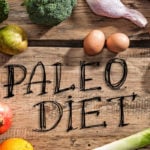 DrMR: Or irritable. Insert any kind of neurological symptom there. So a place to start is just by doing a typical elimination diet where you cut out foods that are known to be problematic for people. And it’s not to say that there’s one magic diet here. I think a paleo diet is a good place to start because it removes many inflammatory foods that can be problematic. But you can start with a paleo diet.

And there are other things that you can do like probiotics. And we do have probiotics that have been used in clinical trials, showing the ability to improve brain fog and depression and anxiety. So we do know that there is this connection between the gut and the brain. And we were talking earlier about histamine.

SD: Yeah, yeah. Yeah, let’s talk about that for a second. One side note, and correct me if I’m wrong, but the majority of the neurotransmitters that are made in the body are made in the gut.

SD: So if your gut is off, you’re not getting a lot of the serotonin that’s supposed to make you feel good and all that stuff. So that’s another connection that, I think, a lot of people freak out over, or at least they don’t know about.

But let’s talk about histamine. This is something I learned today during our podcast. You were talking about how some people’s ability to clear histamine out of the body may be impaired. Or just genetically speaking, they may not get rid of it as quickly as other people. And a buildup of histamine could cause all kinds of different problems, which I think I may fall under.

DrMR: I think you may fall under that, too. And I know because I had that same problem. And essentially, I was eating what I thought was a very—and is—a very healthy diet. But I call it “the lazy man’s paleo.” I was having canned tuna, lots of jerky (all these, by the way, are high histamine foods), lots of spinach, lots of avocado, kombucha, some sauerkraut.

And I didn’t understand that the reason why I was having these random bouts of feeling foggy and irritable and agitated for no apparent reason—everything else was good.

SD: And you were eating healthy.

DrMR: Eating healthy, getting plenty of rest, exercising, not stressed. It was because I was habitually eating high histamine foods at pretty much every meal.

And the way you can think of histamine—histamine is a signaling molecule which is in part used by your immune system. This is why when people say, “I have allergies. I take an antihistamine.” This is how this all ties together. It’s not a bad thing. But too much histamine can be problematic.

So think of it like a sink. If you’re pouring histamine in, the sink has to be able to drain the fluid fast enough so as to not overflow. If you pour in too fast, it overflows. That’s when you can have things like irritability and brain fog and what have you.

Your diet is a source of histamine. So a low histamine diet can be very helpful. And you only need a few days, really max of a week, to be able to say, “Okay, I’m clearly benefitting.” For me, it was probably a day. And [snaps] like a light bulb just went back on.

DrMR: Now, some people, it may be more than that. But by a week, if you’ve tried a low histamine diet and you’ve hit the one-week mark, you should either notice you’re feeling better, or we can rule that out and move onto something else. But the diet can be very helpful and then also repairing your gut health because the microvilli of your intestines secrete enzymes that help you degrade and essentially digest histamine.

But if you have some inflammation in your gut and your gut is not healthy, you have maybe Candida or bacterial overgrowth, that can repair the release of these enzymes thus making you look more histamine sensitive.

SD: Wow! So you could have poor gut health. Now I’m eating an avocado, and I feel tired, irritable, whatever. And it’s not necessarily because my body just genetically can’t get rid of histamine fast enough. It’s because I have a damaged gut. So I go on the low histamine diet, repair my gut. Gut gets healthy. Now, I can start to eat more of these histamine-containing foods and not get the same.

DrMR: Exactly. And you can have a partial impact from both. You could have a gut that’s not healthy. Plus genetically, you may not be a super robust histamine clearer. But you can’t change your genetics. But you can optimize your gut health. So optimizing your gut health will allow you to get to the broadest ability to intake histamine that’s possible.

SD: Now, you mentioned probiotics and their beneficial effects now studies are showing on things like depression and anxiety. The strains that I’m familiar with are the Lactobacillus and the Bifidobacterium. Are those the most common ones? Are those the ones being studied?

DrMR: Yes, so I like to break probiotics into about four categories. And what this does is it helps you simplify the hundreds, maybe even thousands of probiotic products down into what category are these. And this helps the consumer be able to say, “Okay, I’m going to try a category 1 or a category 2, or a category 3 and see how I do.” 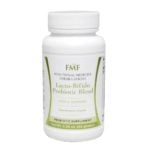 SD: Most common ones to find, too. DrMR: Category 2 is actually a healthy fungus known as Saccharomyces boulardii. And there are a number of clinical trials showing benefit with category 2 probiotics. 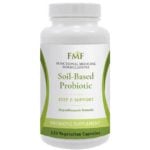 Category 3 are probably the least well known. These are soil-based or spore-forming probiotics. And these are typically known as Bacillus. Bacillus coagulans, Bacillus subtilis, Bacillus licheniformis. And there have been roughly 14 clinical trials showing benefit with these probiotics.

And then the fourth and final would be your healthy E. coli or E. coli Nissle 1917 which you can’t get in the U.S. But if you’re in Europe or Canada, this probiotic can be very helpful, especially if you have inflammatory bowel disease. There have been some positive studies there.

SD: Interesting. Now, when you’re taking these probiotics, are they populating your gut like they say they are?

DrMR: That’s a misconception. Most probiotics do not colonize you. And actually, ironically—and I elaborate on this in the book—my thinking is that they have more of an antibacterial effect than they do actually.  We know that most do not colonize you.

SD: Interesting. Now, there are studies—and it might have been you that pointed them out to me—that show that even taking dead bacteria sometimes has that effect.

DrMR: Yes. Yes, so there have been a few studies showing that heat-killed bacteria can actually cause a beneficial effect on the host.

SD: I guess this just highlights that we know some. But there’s so much more we need to learn.

DrMR: And it may also be helpful for people if your probiotic has been out of the fridge for a couple days, don’t freak out. First of all, I should clarify that soil-based probiotics (category 3) do not require refrigeration. But category 1 and 2, the Lactobacillus/Bifidobacterium blends and the Saccharomyces boulardii do require refrigeration.

SD: That doesn’t kill them too bad?

DrMR: It doesn’t appear to have an appreciable impact.

SD: Excellent. Thanks for coming on again.

12 thoughts on “Brain Fog? Why You Need to Heal Your Gut with Sal Di Stefano from Mind Pump”