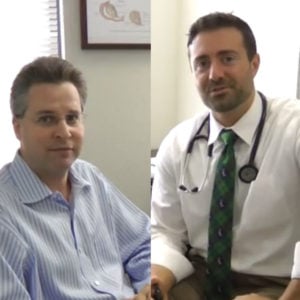 We look at a patient case study that puzzled regular doctors but took a simple dietary intervention and minimal supplementation to remedy, no medication needed. An inspiring healing story that proves that sometimes less treatment is more.

When Western medicine and pharmaceuticals do little to improve your symptoms, there’s another way to approach to your issues.

Functional medicine offers a reasonable alternative with targeted testing, lifestyle shifts, dietary change, or supplementation. Sometimes making the right, scientifically supported intervention can allow the body to harness its own healing power. You don’t need to make a big shift to feel a big difference.

A recent case study with my patient Dave illustrates this point. We were successful in resolving his puzzling medical issues. He came to me after his high blood sugar was not resolved by mainstream medicine.

Dave was suffering with climbing blood sugar that doctors lowered and controlled with medication. David did not fit the profile of a typical diabetic. He was at a healthy weight and he exercised regularly. However, he was progressively getting worse.

When the problem was discovered, Dave’s blood sugar was dangerously high at 347. Medication was the emergency intervention by his doctors and his blood sugar stabilized to between 210 and 220. This was still too high for Dave’s comfort.

After he came to see me, Dave made some dietary changes, cutting down carbs and added in protein supplementation. After making those shifts, Dave’s blood sugar now averages between 104 and 114 without using medication.

One of my suspicions of what was happening with David is that he was suffering from type 1.5 adult-onset diabetes. This is when the immune system attacks the pancreas, causing damage and inflammation, and thus destabilizing insulin production and blood sugar regulation.

Testing further revealed that type 1.5 diabetes was not a problem for David.

I put Dave on the Paleo diet, which automatically lowered his carbohydrate intake. This was an easy diet for him to follow, even while eating out. During work lunches he chose salads with chicken, steak, or salmon or a bacon burger with a lettuce wrap. David greatly enjoyed a diet lower in carbs and packed with whole foods and healthy fats to keep him satisfied.

David felt better on this diet, with no sleepy and overly full feeling after he ate. And his blood sugar started dropping naturally, which prompted him to get off his meds.

Before Dave came in to see me, his doctors at the diabetes center told him that he could safely eat 60 to 70 carbs per meal. This was likely too many carbs for Dave’s body to handle.

While Dave initially didn’t believe that diet alone could make a bigger difference than medication, he’s definitely a believer now.

There was another interesting piece to Dave’s health puzzle that we recently discovered with more testing.

The tests revealed a reactivation of the Epstein-Barr virus that Dave had suffered with previously. What’s interesting about this is that Epstein-Barr virus has been shown to fuel some autoimmune conditions by interfering with the immune system.

It does this by blunting vitamin D receptors. However, an antioxidant called resveratrol, which is found in grapes, red wine, and blueberries, reverses the blunting effects of the virus on vitamin D absorption.

Anecdotally, David found that his blood sugar went down every time he drank red wine. My hypothesis based on this evidence is that the resveratrol in red wine helped shut down the virus’ deleterious effect of blocking vitamin D receptors on the immune system.

An adequate level of vitamin D is a vital support to good immune system function. According to this abstract in Pubmed, deficiency in vitamin D is associated with increased autoimmunity, as well as increased susceptibility to infection.

And even though Dave didn’t have any documented autoimmunity, perhaps the resveratrol in the wine allowed his body to better control the Epstein-Barr virus, therefore reducing the inflammation in his body, which in turn allowed him to better regulate his blood sugar.

It’s a speculative connection, but what we may be seeing is that a simple antioxidant intervention can improve immune system health and thus blood sugar regulation.

I’ll continue to monitor David’s progress and will post an update if anything changes or comes up in his case.

My approach is both conservative and progressive. I used minimal but wisely targeted interventions and testing to treat the root cause of disease and improve my patient’s life and health.