What are the most common symptoms of a thyroid problem?

It is estimated that 12% of people will have a thyroid problem in their lifetime (that’s just over 1 in10 people) 1.

Even more sticking is that 60% of those with thyroid disease may be unaware of their condition. 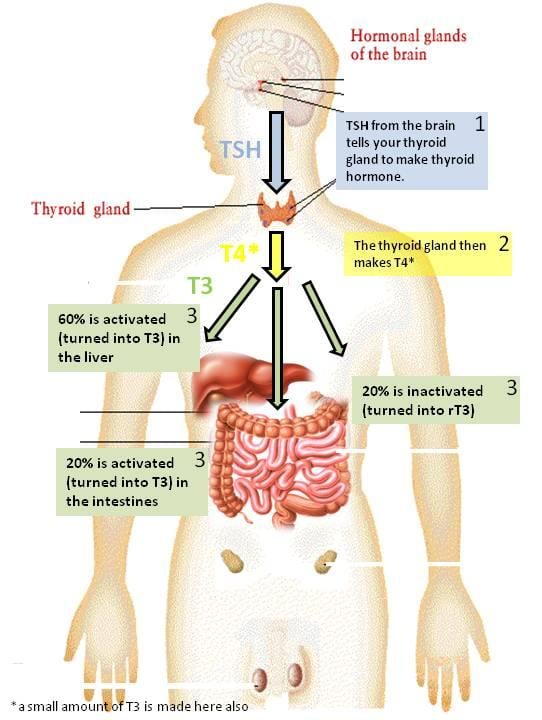 Essentially, thyroid hormone speeds up your cells or said another way it increases their metabolic rate (metabolism).  When there is not enough thyroid hormone cells slow down.  Which cells?  Every cell in your body is influenced by thyroid hormone, so the effect is far reaching.  When brain cells become slow you can have depression or poor memory.  When digestive cells become slow you can have constipation, bloating, gas, etc… The same is true for skin, hair and nails cells that become dry and brittle.  When cells slow down they burn less fuel, which can cause weight gain.  When cells burn less fuel they produces less heat and energy and then you start to feel tired and cold.  Essentially, if your cells become slow and tired, you become slow and tired.

So this all seems fairly straight forward, right?  Then why are so many people plagued with thyroid problems and are searching for answers?  Well there is a little more to the thyroid story…  This series will help you understand the whole thyroid story, but in order to understand this lets first cover some more of the thyroid basics.

We have talked about TSH, T4 and T3 already, but there are some other players on the thyroid team that we need to meet.

TPO and TG are both antibodies your body can produce that indicate your thyroid gland is experiencing inflammation and damage.  rT3 blocks our very important T3 hormone from functioning properly and causes problems for many people because this is usually not detected with standard blood work.