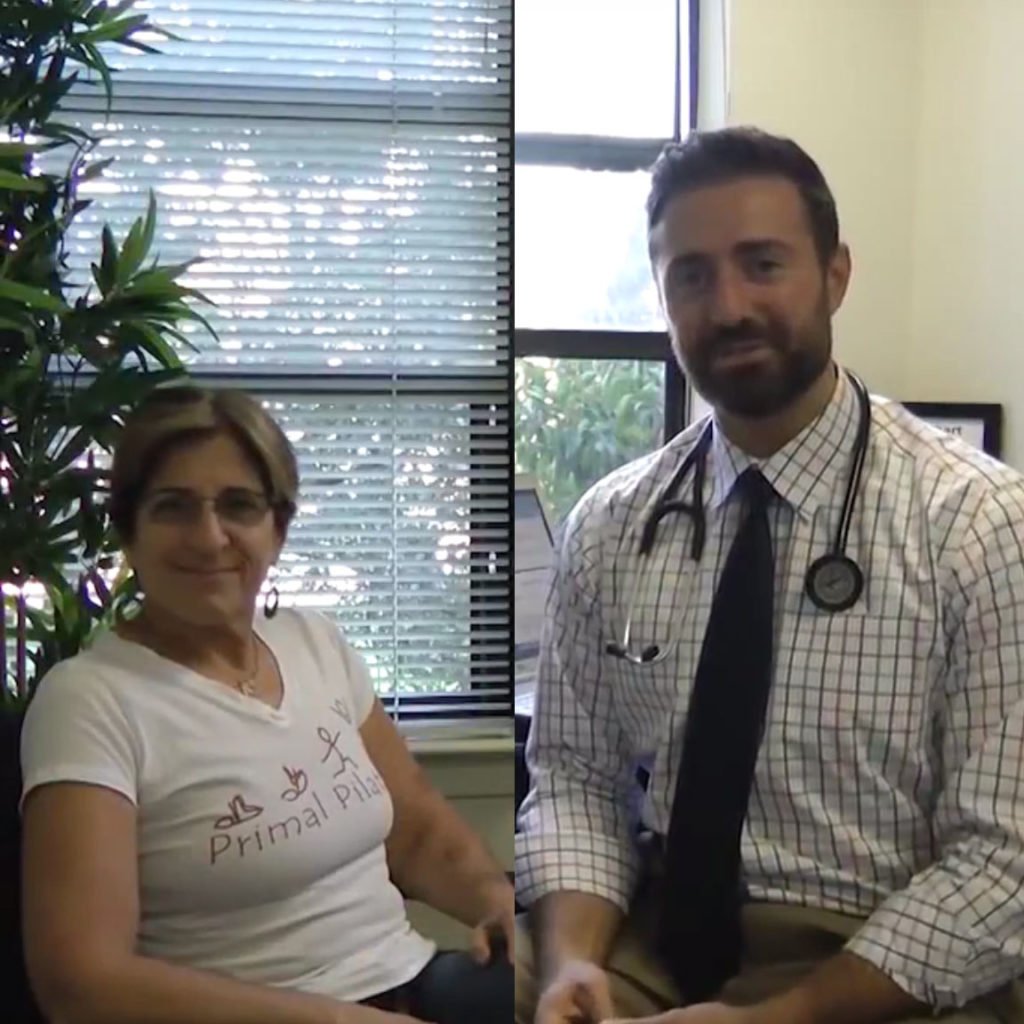 If you need help determining if you have Hasimoto’s, click here.

Dr. Michael Ruscio: Hi, this is Dr. Ruscio. I’m here with June. And she’s had a really cool journey the whole way, but especially lately, a little bit of a bump in the road. And so I wanted to capture this moment. So, in brief, when she came in, she had hypothyroid. She didn’t know whether she had Hashimoto’s or not, and we found Hashimoto’s. And we also found H. pylori and Epstein-Barr virus, which contribute to Hashimoto’s quite significantly.

So we’ve been treating those. And it looks like those are pretty much cleared. And the antibodies have come down. That’s kind of the clinical side of things. But how about throughout that process, what was your experiential change that you noticed?

June: So immediately, my energy was back. This was last December. So it’s almost a year now. My energy was back. I started sleeping through the night, which is a really big one because I had really bad insomnia. My sugar cravings started to subside. And what else? I was getting a lot of hot flashes. Those kind of went away.

Generally, my overall energy was better. Oh, and I started losing weight. So I lost about 10 pounds, most just right around my belly. So, yeah. I generally just became a new person. I just felt alive. And I felt great. And people were telling me that I looked great.

DrMR: Sure. So, yeah, she was doing really well. And just recently, a little bit of a bump in the road.

June: So I had an unplanned lunch break. Or I didn’t get to go home for lunch as I expected. And I ended up running into Safeway and getting egg salad, not thinking to ask what was in it. And the next day, I was horribly tired. And I had brain fog. And that night, I threw up. And my belly looked like I was pregnant. I was just so bloated and distended and hurting, and I didn’t sleep that night. And that’s been about 3 weeks. And I’m still having problems with my gut.

I found out that there were bread crumbs in the egg salad, which it never occurred to me to ask. So I’ve been getting stomachaches. I’ve been getting very burp-y after I eat. When there’s nothing in my stomach, I get a stomachache. Bone broth and meat actually make me feel better.

June: I’ve been off, kind of low on raw vegetables, raw fruit, just eating cooked stuff and meat. But still, it’s 3 weeks now, and I’m better than I was. But it was still not all the way better. I never got so sick when I would eat gluten before. But I went off gluten before for about 7 years. And I don’t know if I’ve had gluten contamination in the past.

DrMR: Which, by the way, good job! That’s a good stretch of time there.

DrMR: So I think you would fall into that classification of someone who’s highly gluten-sensitive.

June: At this point, yeah.

DrMR: And there’s a spectrum. And I think people should identify where they are on this spectrum and practice adherence to a corresponding level because not everyone has to be super diligent like you have to be. And if they can get away with a little bit of exposure, it’s not the best thing in the world. But there’s no need to make their life a living hell trying to avoid gluten in every possible thing if a little bit’s not going to bother them.

But you’re the kind of person who wants to definitely be super diligent because here you go. So I just thought that was a really interesting manifestation that different people will certainly have a large spectrum of intolerance.

DrMR: So you learned the hard way, but —

June: I learned the hard way. Good lesson, but…

DrMR: I guess you only burn your hand on the stove once and then you don’t try to do it again.

DrMR: Well, cool. Is there anything else that you think is interesting to share, maybe?

June: No, just aside from this, I’ve been feeling great.

June: And people compliment me that I look fabulous. And I’m 61. And people are shocked to hear that I’m 61. So, yay!

DrMR: Cool. Well, thank you for talking with us.

If you need help determining if you have Hasimoto’s, click here.