Medically reviewed & fact checked by a
board-certified doctor
Dr. Ruscio and his team are committed to delivering content that is accurate and objective. Every new article is thoroughly fact-checked by a board certified doctor from our network.

Hypothyroid Case Did NOT Respond to Levothyroxine, Did NOT Require Combination Therapy, GI Support Resolved Symptoms.

Her symptoms, fatigue, and constipation could have easily been attributed to the thyroid. This provides a clear example of how we should start with basic thyroid replacement (LT4) and GI care, then reevaluate.  She did great on Paleo low FODMAP and probiotics.

Then, we found normality of fT4 and fT3 via the most sensitive thyroid hormone measure, dialysis/LC-MS.  Also, remember that her levels may have improved slightly if her absorption of medication was improved as her gut became healthier.

Finally, a slight push to balance her female hormones with herbal supports and we saved this patient from months or years of pursuing thyroid fine-tuning. There is a time and place for that, just make sure to follow the algorithm so you perform the right therapy at the right time.

8 False Claims 60 Minutes Made About Probiotics

I have received several questions about a recent 60 Minutes’ expose on probiotics. After watching this video, quite frankly, I was shocked at how misinformed and unbalanced the piece was. They exhibited a clear bias, portraying probiotics as ineffective and even went as far as to insinuate they could harm children and were being snuck into infant foods with a profit motive.

I could not believe how poorly done this episode was, so I have put together a response. We will also be sharing this on the public area of the website but I wanted to get this data to our clinicians with some of my additional commentary so you can respond to patient/client questions.

Dr. Patricia Hibberd claimed “There’s not enough high-quality research to recommend off-the-shelf probiotics for the medical problems for which they’re commonly used”, and “There’s a lot of conflict among scientists about whether probiotics provide any benefit at all.”

Certainly, I wouldn’t say that probiotics are a panacea, and I agree there is a need for more research to confirm the trends that have emerged from the research.

However, there is ample evidence from meta-analyses and systematic reviews that compile the results of numerous clinical trials showing probiotics are a safe and effective treatment for various conditions.

There’s a widely-accepted hierarchy of research quality, as shown in this pyramid diagram: 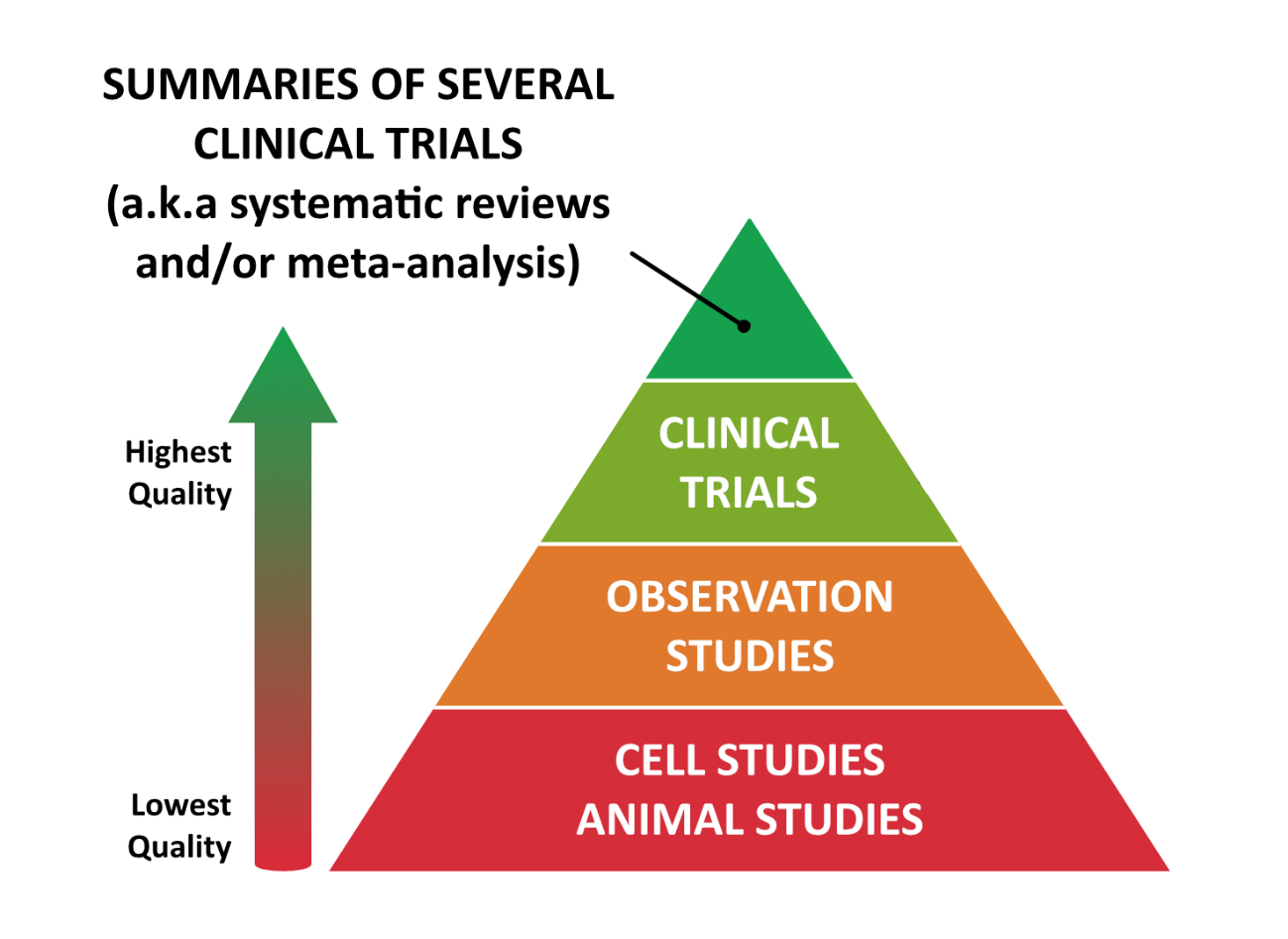 The difference between these levels of evidence is similar to the way restaurants are reviewed. You could ask one person’s opinion about a restaurant, but they may have been there on a particularly bad night. If you ask a group of friends, you might get a few different opinions. If you look online, you might find hundreds of reviews and now you can see overall trends and an average score.

The highest levels of evidence are summaries of multiple studies. These include:

Both of these types of studies protect against cherry-picking and bias and are considered the gold standard of research. If their results are positive, they are the equivalent of a 4- or 5-star review of a restaurant on Yelp! or Google.

According to the research, there is high-level scientific support showing that conditions such as Irritable Bowel Syndrome (IBS), Inflammatory Bowel Disease (IBD), mood disorders (such as depression), and gut infections respond well to probiotics.

There may not be agreement among all scientists, but to characterize these results as inconsequential is entirely inaccurate.

Let’s review specific data about the claims 60 Minutes and their guests made during the segment.

When asked if there was any evidence that probiotics help antibiotic-associated diarrhea, Dr. Patricia Hibberd unequivocally said, “No.” Evidence suggests she is wrong.

The Journal of the American Medical Association published a meta-analysis of 82 randomized-control trials on antibiotic-associated diarrhea. The study included trials of several different types of probiotics and concluded

“The pooled evidence suggests that probiotics are associated with a reduction in Antibiotic-Associated Diarrhea.” [1] 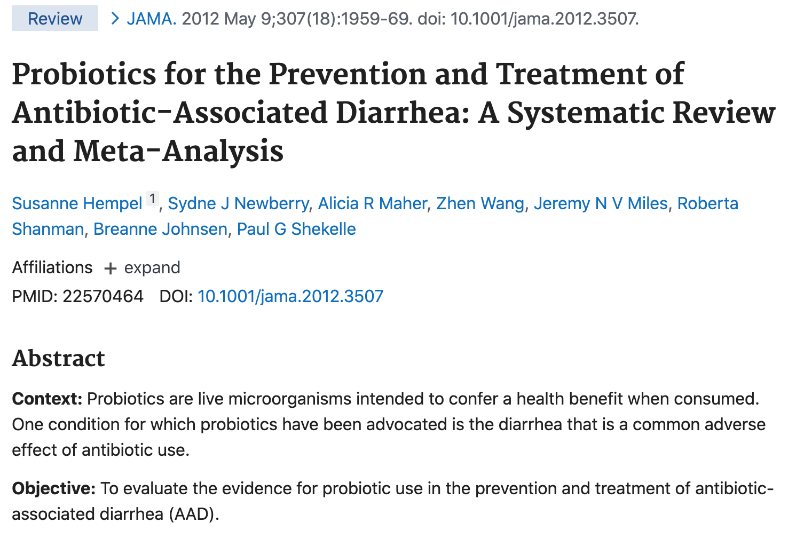 That’s one review, but is there a chance that this is a selective citation? Nope. Here are two additional meta-analyses confirming the same result:

These data may not suggest that everyone will prevent or avoid antibiotic-associated diarrhea if they use probiotics, but the evidence clearly suggests that probiotics at least reduce the incidence of antibiotics associated with diarrhea. Stating otherwise is not an accurate statement.

When asked if there was any evidence that probiotics could be used to treat irritable bowel syndrome (IBS), Dr. Hibberd also said, “No.” This surprised me because there is very good evidence – both meta-analyses and clinical trials – that show people with IBS benefit from probiotics. 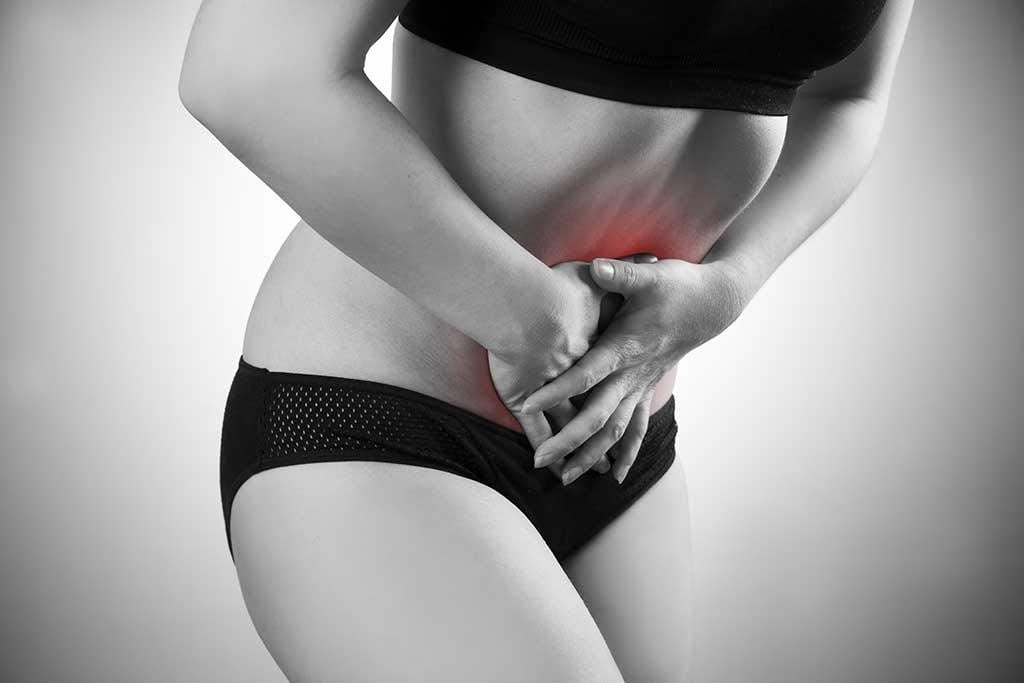 These three meta-analyses share the results of a total of 28 clinical trials, which collectively suggest probiotics are beneficial for treating IBS.

While I can appreciate someone like Dr. Hibberd being circumspect regarding probiotics, her statement could lead those suffering from IBS to avoid probiotics which have been demonstrated to alleviate this suffering and ostensibly improve quality of life, reduce days of missed work, etc….

Dr. Hibberd also claimed there was no evidence that probiotics have been shown to be beneficial for allergies. There isn’t as much evidence here as for IBS, but there are still some very promising data.

It’s widely accepted and known that most probiotics don’t colonize the gut. The exception to this are the soil-based probiotics. [10]

Doctors Eran Elinav and Eran Segal shared the results of their study in the 60 Minutes segment that showed people who used probiotics with antibiotics took longer for their microbiome to return to normal after the course of antibiotics.[11] While this is an interesting study result and is cause for concern, it’s also just one small study among a larger field of meta-analyses and systematic reviews.

There are a lot of data showing that using probiotics during antibiotic therapy leads to better outcomes and fewer side effects during treatment.

Though more study needs to be done, we do have reasonable evidence to suggest that using probiotics with antibiotics improves their effectiveness, and reduces their side effects. There is also the data suggesting that probiotics reduce antibiotic-associated diarrhea (see above).

Sadly, 60 Minutes appears guilty of cherry-picking one, small and less significant study, and overlooking the wealth of higher-quality data, thus misleading the viewer.

It’s understandable that we want to make sure that what we give to babies, infants, and children is safe. However, to claim that just because there are no long-term studies demonstrating their safety we shouldn’t use them, disregards the proven benefits of probiotics for infants and babies. 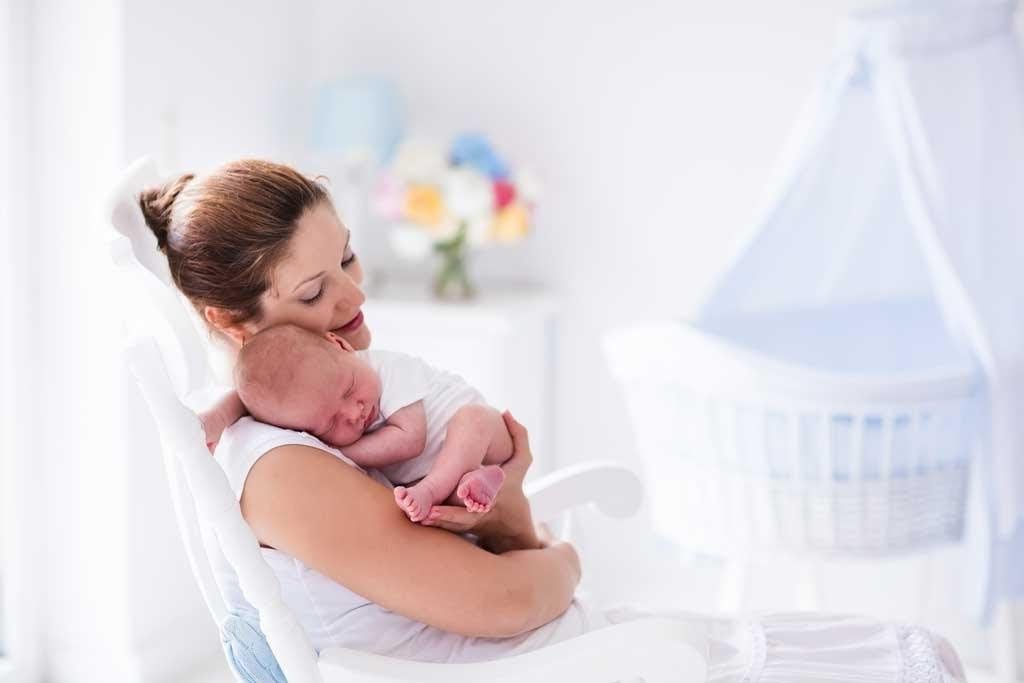 For example, researchers have found the following benefits from probiotic use for babies: [16]

In fact, because many babies are born today by C-section, they miss getting the inoculation dose of their mother’s probiotic bacteria. [21] C-section babies are at greater risk for health conditions like asthma, allergies, reduced bacterial diversity, and future obesity. [22] [23]

Though probiotic supplements will never live up to the diversity and complexity of the mother’s native microbiome, giving C-section babies probiotics may help protect against some of these long-term health consequences.

Overall, again I would argue that 60 Minutes’ claims stand to pose more detriment than benefit for the viewer.

The National Institutes of Health [24] states that probiotics are generally safe, even for premature infants. To quote:

“Given the large quantities of probiotics consumed around the world, the numbers of opportunistic infections that result from currently marketed probiotics are negligible. For example, probiotics have been administered to thousands of newborn infants, including some who were premature, without a single case of sepsis.”

There does appear to be some risk for immune-compromised patients, as 60 Minutes states, but there is still room for interpretation of this opinion.

The journal Expert Opinion on Drug Safety recommends the following: [25]

“While the overwhelming existing evidence suggests that probiotics are safe, complete consideration of risk-benefit ratio before prescribing is recommended.”

When it comes to immune-compromised individuals, recent research suggests that probiotics may actually be safe and beneficial.

An analysis of 57 clinical studies indicates that probiotic and/or synbiotic administration in immune-compromised adults is safe with regard to the current evaluated probiotic strains, dosages, and duration. There were no major safety concerns in the study, and overall, adverse events actually occurred less frequently in immune-compromised subjects receiving probiotics compared to the control group.[26]

That said, I will agree with 60 Minutes about the regulation of probiotics. There is little Food and Drug Administration (FDA) oversight of probiotics products on the shelves, and many products do not contain what they claim. For example, one study of 5 brands of soil-based probiotics showed only one brand matched its label claims. [26]

Contrary to the claims promoted by 60 Minutes and their guests, probiotics have ample evidence and clinical data to support their use for IBS, antibiotic-associated diarrhea, infants and babies, allergies, and during antibiotic therapy. They are generally recognized as safe, and have benefits beyond the placebo effect, despite the fact that most of them don’t colonize the GI tract.

Consumers should be cautious to purchase probiotics from reputable sources and not to look at them as a panacea or a replacement for medical care.

In summary, I fear their recommendations will pose more harm than good for consumers by misleading them away from a safe and natural therapeutic.

Effect of Probiotic Supplementation on Migraine Prophylaxis: A Systematic Review and Meta-Analysis of Randomized Controlled Trials

Should I be ordering any other tests alongside an Organic Acid Test to help improve interpretation?

If you wanted to get specific about other tests to have alongside or before organic acid testing, even for gut directed symptoms, I strongly support baseline blood chemistry and certain nutritional markers to build a bigger picture. For example, while there are limitations to Serum B12, Folate and B6 levels, it is really helpful to have these and homocysteine when looking at some of the urinary organic acids to see if they are concordant or discordant, essentially saying does this person really have a nutritional deficiency.

So ultimately, baseline blood chemistry and nutritional markers may be helpful to build a better picture when choosing to perform OAT and prevent making incorrect interpretations from the OAT alone.