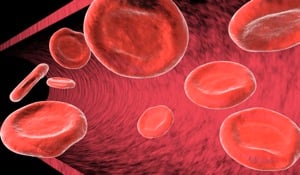 If you have iron-deficiency anemia, it will be difficult to impossible to heal from chronic health issues. Because it robs the cells of oxygen necessary for basic functions, anemia is a deal breaker when it comes to improving your health. Knowing how to identify and address your anemia are crucial first steps to any healing program.

What is iron-deficiency anemia

Although there are many forms of anemia, iron-deficiency is the leading cause of anemia in the United States and the most common nutritional deficiency. The body uses iron to make hemoglobin, a part of blood cells that carries oxygen. When iron is low, the body makes smaller red blood cells and fewer of them. As a result, the body does not get enough oxygen.

Why oxygen is important

This is a problem because all the body’s cells need a constant supply of oxygen to function. All cells have mitochondria, which are like little power plants. The mitochondria produce adenosine triphosphate (ATP), molecules that store and release energy, functioning like rechargeable batteries. This process is necessary to create new tissue, eliminate old tissue, convert food to energy, dispose of waste materials and toxins, and communicate with other cells. Healthy mitochondrial function and ATP production are vital to preventing and healing disease, and they require oxygen to work.

A variety of factors can cause iron-deficiency. They include:

The easiest way to determine whether you have iron-deficiency anemia is through a functional blood chemistry panel, which looks at a complete blood count and iron markers.

You can also evaluate your symptoms to determine whether you may be at risk for iron-deficiency anemia. Symptoms include:

One should address the root cause of iron-deficiency anemia. For instance, a gluten-free diet and repairing gut damage resolves anemia in many people. If you need an iron supplement, it’s important to choose one that is well absorbed by the body and will not cause an upset stomach or constipation. Ask my office for advice.

There are many different forms of anemia besides iron-deficiency anemia, such as anemia caused by a B12 deficiency, inflammation, or an autoimmune disease. Supplementing with iron when you don’t need it may increase the risk of excess levels of iron in your body. Although the body needs iron to function, in excess it is toxic.

Ask my office for advice on anemia.